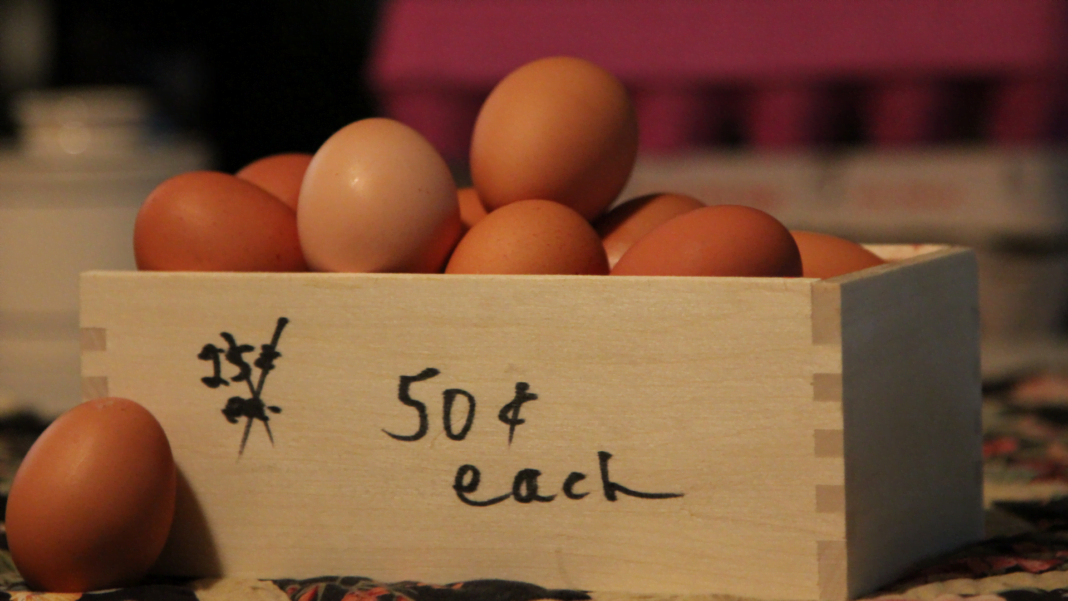 “Food inflation is complicated, and no government should aspire to control food prices at retail. Ever. But it should at least aspire to eliminate fraud, criminal behaviour and excessive competitive tactics by grocers, often referred to as the dark side of food distribution. And that’s what Erin O’Toole is skillfully proposing.”

The Conservatives recently promised to control food inflation for Canadians – an odd promise for a Conservative party which is typically known to embrace market-free conditions. What’s making this promise even more atypical is that Canadians have access to one of the most affordable food baskets in the world, No. 18 in fact, according to the Global Food Security Index. It could be better, but it’s still not bad. Canada is ranked almost similarly to Switzerland, France, the United Kingdom, and Israel. Canada is ranked No. 10 in food quality and safety, according to the same index.

Canada is not doing too poorly, so tackling food inflation as a government may seem a little strange. But Canadians are feeling pinched by what’s coming from the food industry, needing to pay more as they visit the grocery store or buying a meal in food service. If you’re feeling you’re paying more for food, it’s not an illusion. An average family of four in Canada is roughly paying about $1,000 more for its food since January 2020. Right now, not one single sector is immune to systemic pressures affecting the industry.

For a government, it is practically impossible to control macro-variables that indirectly affect food prices like interest rates, the effects of the pandemic on global logistics, climate change, currency wars and labour woes, especially during a four-year mandate. Openly stating to Canadians that food prices at retail should be lowered or at least controlled would simply be foolish and irresponsible.

Controlling food prices at retail is not something most Canadians want or should want. It rarely works for everyone. Case in point: Quebec controls the price of fluid milk at retail, and it’s been a disaster for consumers. Milk is very expensive in la Belle Province because regulatory mechanisms barely give an opportunity to consumers to advocate for themselves. Industry lawyers and lobby groups will always overpower the welfare of consumers, especially those with limited means. Controlling prices or even nationalizing parts of our food distribution system would only lead to higher food prices, discourage investments and innovation, both domestically and from abroad, and would offer fewer choices to consumers. The quality of food products for Canadians would surely be compromised.

But that is not what the Conservatives are promising. Au contraire. Their plan is to tackle innate market conditions which could impact food prices at retail, up the food chain. For one, they want to end criminal behaviour, or at least punish it accordingly. The bread price fixing scandal revealed by Loblaw and Weston Bakeries in 2017 was troubling. For 14 years, bread prices were artificially inflated by some collusion going on in the industry. 14 years! Bread prices went up 116% during that period, one of our food products which increased the most at that time, according to Statistics Canada. When the scheme ended, bread prices dropped by 17% within two years. Let’s say an average family buys two loaves of bread a week, Canadians may have collectively overpaid for bread by more than $1 billion when the price fixing scheme was going on.

The Competition Bureau has known about the situation since 2015, yet no one has paid a fine or gone to jail, and the investigation is still ongoing after 6 years. In the United States, the US Department of Justice recently indicted 14 former executives and managers employed at poultry processing companies for price fixing.

Collusion undermines consumer trust, full stop. Governments ought to play a more active role in making sure these schemes are severely condemned in Canada.

The other promise made by the Conservatives is related to supply chain bullying. For years now, major food retailers have unilaterally imposed fees on food suppliers, impacting our food processing sector’s competitiveness. Smaller companies which are often family-operated, are severely penalized by these fees which makes it impossible for them to compete. A new effective code of conduct with some government-led oversight would create predictable, workable market conditions for both processors and grocers. Processors don’t mind paying fees and lowering list prices and offering discounts to grocers. But grocers do have a lot of power in Canada now and have gone too far in recent years with outrageous pricing tactics impacting many food companies and farmers, here in Canada and elsewhere. The challenge is rather to protect our food processing sector while making sure grocers serve the public well with competitive prices. A few other countries have done this, with encouraging results.

Erin O’Toole, the leader of the Conservatives, is reading the food landscape situation very well. Of all parties, the Conservatives are the only ones daring to tackle the hidden side of food distribution, the dark side if you will. They want to give a chance to innovation, competitiveness, and fair pricing without regulating retail prices per se. It’s a clever plan.

Before the pandemic, hardly any Canadians cared about supply chain tactics and oligopolistic powers within the industry. But now, pointing out the hidden ills of our food system is politically encouraged. One can only hope other parties will follow suit.

The Rise of the Unassuming QR Code and How it Could...

Consumers in Canada Walking Away from the Meat Counter as Prices...