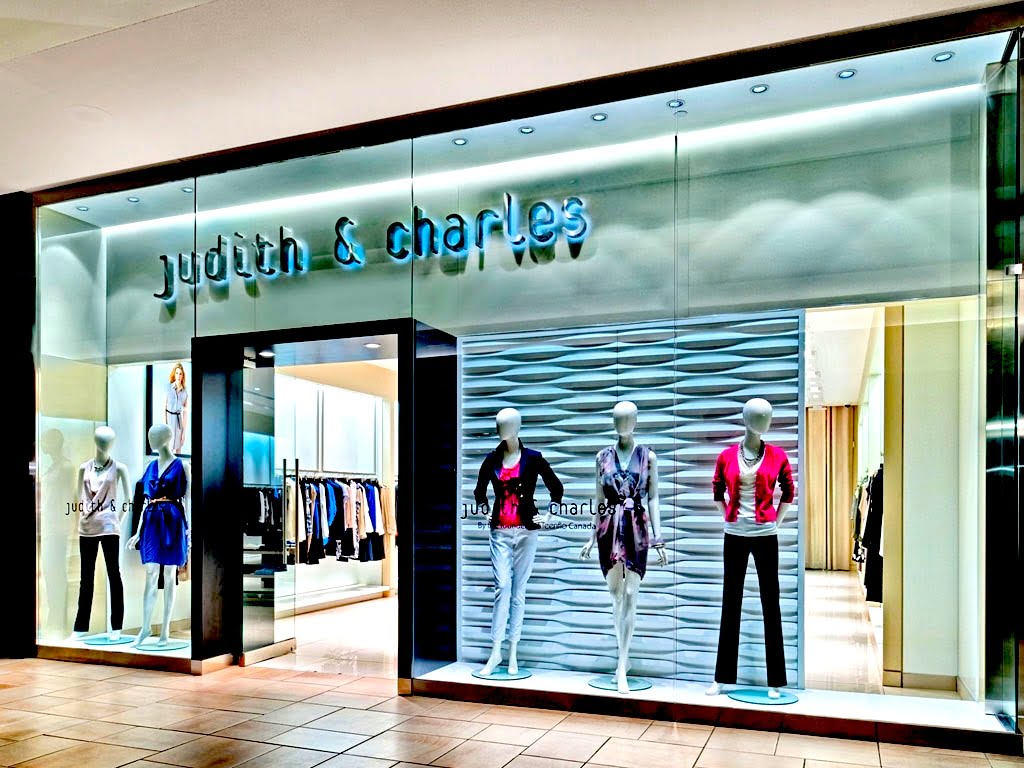 Founded in 1975 in Paris, the brand was originally named Teenflo. In 1990, Judith Richardson and Charles Le Pierrès bought the brand, moving its headquarters to Montreal. In 2008, Teenflo was renamed ‘Judith & Charles’. Priced as a ‘contemporary‘ brand, it is best known for its Italian yarns, exceptional fit and minimalistic styling, and locally-based craftsmanship.

This fall, Judith & Charles stores will open two Toronto locations:  one at Hazelton Lanes, soon to be rebranded as Yorkville Village, and a second at Sherway Gardens. This spring, Judith and Charles will open its third New York City store at Brookfield Place and in the spring, as well, it will open a boutique in Doha, Qatar.

Judith & Charles currently has 12 free-standing brick-and-mortar locations in Canada and the United States. In Canada, the brand has two locations in Montreal, two in Calgary, two in Toronto, three in Vancouver, one in Ottawa, and two in New York City.

Judith & Charles is represented in Canada by Jeffrey Berkowitz and Jeri Brodie of Aurora Realty Consultants.

The brand’s website recently saw a revamp, featuring integrated browsing. Judith & Charles’ entire seasonable lookbook is integrated with its digital catalogue. Its checkout process is streamlined, and shipping and returns are made to be simple. The new website is mobile friendly and also features an ‘inspiration page’ with art, architecture, music and photos from the brand’s ‘creation process’.