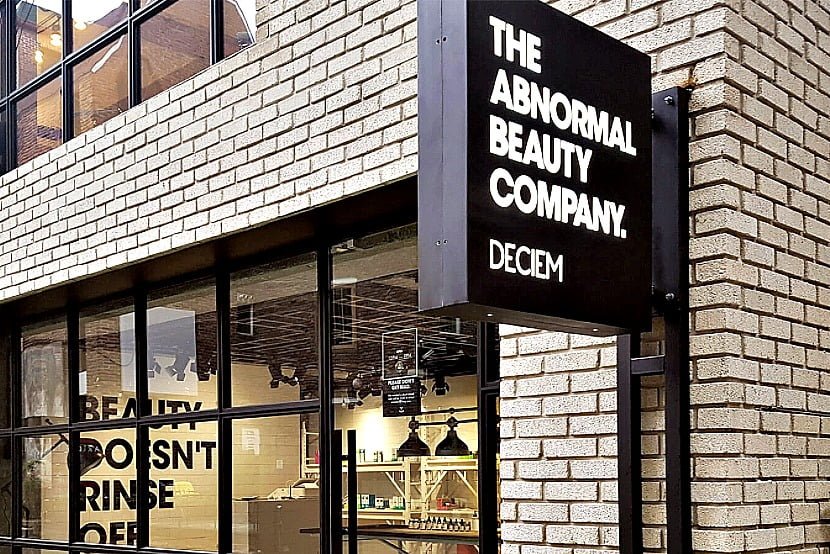 Toronto-based Deciem, the self-proclaimed ‘Abnormal Beauty Company’, will open a store in July in Toronto’s PATH, in the retail component of the Exchange Tower in the heart of the city’s Financial District. It will be Deciem’s sixth location in the Greater Toronto area, as the beauty brand secures diverse retail spaces in an effort to gain maximum consumer exposure.

The store will be Deciem’s largest in the GTA, at 1,413 square feet. It will be seen by many thousands daily as they pass through the city’s busy underground PATH system. The PATH links downtown office towers with hotels and retail, and is considered to be the world’s longest underground shopping network. It boasts over 30 kilometres of connected walkways and over 4-million square feet of retail space, rivalling West Edmonton Mall in size. On weekdays, the PATH network sees over 200,000 people passing through its halls and its estimated 1,200 stores.

Deciem’s first store in the world opened in July of 2016 at 881 Queen Street West, in the heart of Toronto’s hip ‘West Queen West’ area. Street-front locations followed when Deciem opened stores in Cabbagetown (242 Carlton Street), Kensington Market (285-A Augusta Avenue) and in Yorkville, at 1240 Bay Street, fronting onto Bellair Street. A Mississauga location opened last month at Square One, marking the brand’s first store within an enclosed mall.

Entrepreneur Brandon Truaxe founded Deciem in 2013, and its products are carried at more than 20,000 stores in 18 countries. The United Kingdom is currently Deciem’s largest market (in the summer of 2016, only about 3% of its sales were in Canada), though that will change as it opens more Canadian stores. Deciem features nine beauty brands under its corporate umbrella, ranging in price-point and focus.

Craig Patterson - November 27, 2022
The luxury fragrance brand, known to have limited distribution, has opened its third Canadian storefront in a historic building.