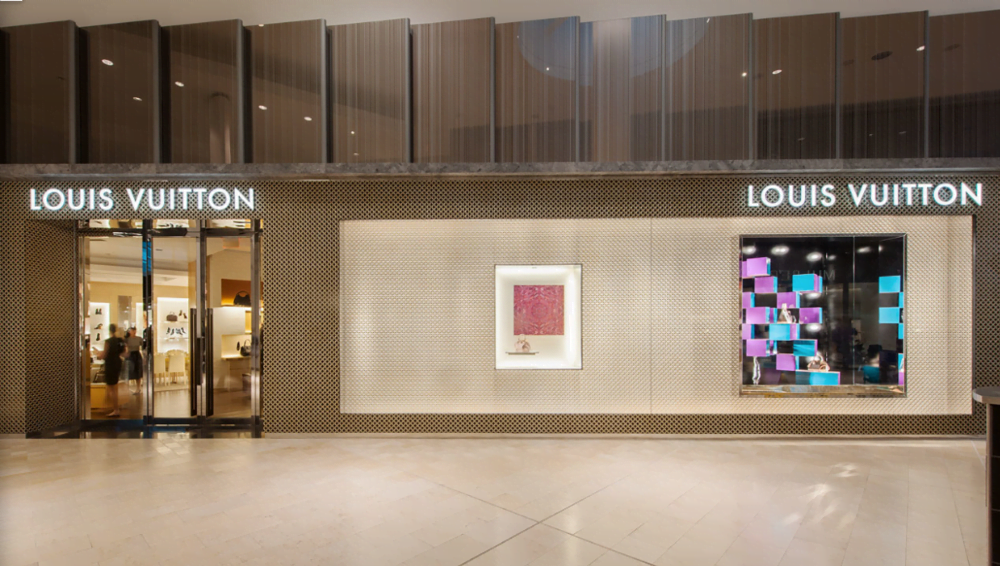 LVMH-owned French luxury brand Louis Vuitton will open a flagship store at Toronto’s Yorkdale Shopping Centre in the summer of this year. It’s part of a larger investment by Vuitton which has opened two standalone stores over the past two years and is said to be looking to open at least one flagship store in a major Canadian city in the future.

The Yorkdale Louis Vuitton store will span more than 8,000 square feet on one level, and will be located in a prominent corner location in the mall near several other luxury brands. The store will carry the luxury brand’s assortment of bags and accessories as well as jewellery, footwear and ready-to-wear collections for both men and women. Given the base of affluent shoppers at Yorkdale, limited-edition items can be expected according to one source. The cost to construct the store’s facade, alone, is said to be over $1 million.

Louis Vuitton will locate across from Yorkdale’s Sephora and Zara stores, and will be next to Italian luxury brand Mr. and Mrs. Italy, and across from Ladurée. Other nearby retailers include Saint Laurent and Richemont Group’s clustering of jewellery and watch brands. The hall southward, toward the recently opened Furla store, will also be positioned to house luxury retailers, according to sources at Yorkdale’s landlord Oxford Properties.

Yorkdale’s Louis Vuitton will replace several retailers that recently vacated or moved from within the shopping centre. That includes Tumi (which relocated nearby several months ago), Thomas Sabo (which will exit Canada), as well as Call it Spring and Indochino, both of which relocated in anticipation of Louis Vuitton’s new store.

In anticipation of the flagship opening at Yorkdale, Louis Vuitton opened a year-long men’s pop-up store within Holt Renfrew in the mall. The space, featuring a metallic rainbow finish, is located at the front of the store that is known for its three-storey video screens flanking the entrance. The men’s pop-up will close when the new standalone flagship opens in several months time.

It’s not unprecedented for Louis Vuitton to operate two stores in a mall. In the United States, several upscale shopping centres feature standalone Louis Vuitton stores while at the same time operating a Vuitton concession within an upscale department store. They include names such as Neiman Marcus, Saks Fifth Avenue, Bloomingdale’s, and even a handful of Macy’s locations.

Louis Vuitton has been investing heavily in its Canadian operations over the past several years. That includes having opened two standalone stores in Alberta. In October of 2018, Louis Vuitton opened a standalone 4,500-square-foot store at Calgary’s CF Chinook Centre, while at the same time exiting its concession space within the Holt Renfrew store in downtown Calgary.

In Edmonton, Louis Vuitton opened a standalone 4,600-square-foot store at West Edmonton Mall in June of 2019 and shuttered its concession at the downtown Edmonton Holt Renfrew store earlier this month. Holt Renfrew closed on January 11th of this year partly because of Louis Vuitton’s plans to exit the store.

In other Canadian cities, Louis Vuitton is also making major investments. In Vancouver, where Louis Vuitton operates a 10,000-square-foot ‘Maison’ flagship at the Fairmont Hotel Vancouver, the brand has recently been expanding its presence within the nearby Holt Renfrew store. That includes expanding the Louis Vuitton men’s concession to house ready-to-wear clothing as well as footwear, bags and accessories, while a women’s ready-to-wear boutique was added on the third floor of Vancouver’s Holt Renfrew store. They’re a first of its kind in Canada. A Vuitton bag and accessory concession on the main level luxury hall at Holts is also quite large and is said to sell more bags than the standalone Vuitton flagship with a 730 Burrard Street address.

In Toronto, Louis Vuitton opened a 2,650-square-foot accessory concession on the main level of Holt Renfrew’s 50 Bloor Street West store in November of 2018, replacing a smaller location nearby within the flagship store. It was part of an overhaul of the main floor of Holts, which has become something of a luxury floor with several significant luxury boutiques operating within. Nearby at 150 Bloor Street West, Louis Vuitton operates an 18,000-square-foot ‘Maison’ which spans two levels and is one of the grandest Louis Vuitton stores we’ve seen.

In years past, Louis Vuitton operated a 2,500-square-foot boutique at the Cascade Plaza shopping centre in downtown Banff, Alberta. The boutique closed in May, 2011.

Sources say that Louis Vuitton has been in talks to open a 9,000-square-foot standalone boutique in a major Canadian city. We’ll follow up with further details when permitted to discuss it further.

Louis Vuitton is the latest luxury brand to expand its presence at Yorkdale. Longchamp relocated to a larger space in the mall earlier this month, and in December Ted Baker moved to a new space nearby — both spaces will be joined for a soon-to-be-announced luxury brand which is also owned by LVMH. Other luxury brands that have moved into Yorkdale over the past year include Bottega Veneta, Valentino and Balenciaga, while the mall’s Holt Renfrew store recently saw an expansion which include a new menswear department as well as large ‘world of’ concession spaces for Dior (3,800 square feet), Fendi (2,000 square feet) and Gucci, which opened a stunning 6,000-square-foot concession at Holts in the summer. Brunello Cucinelli recently opened at Holts and a Christian Louboutin boutique will as well.

Louis Vuitton is one of the world’s top-selling luxury brands, with sales well surpassing $10 billion annually. Top rivals include Chanel and Gucci, with Hermes also seeing billions of dollars a year in sales.

Canadian Retail News From Around The Web For May 18th, 2022

Canadian Retail News From Around The Web For May 17th, 2022

Consumers in Canada Changing Spending Patterns Due to Inflation: Study/Interview

In Photos: The Last Days of Hudson’s Bay at Yonge & Bloor in Downtown Toronto